Chapter 9 - The Importance of the Right Visual

February 16, 2016
When you browse through the book shelves or the pages of your favourite website what is it that first attracts you to a book?

What is the first thing that catches your eye and draws you in encouraging you to delve deeper and find out if that is the book for you?

The Cover is one of the most important elements of attracting readers to your book, it’s the first impression your work will make so it has to be a good one.

There’s an art to cover design, a fine balance of the right image, the right text, the right font and the right colours.  It has to convey the story implicitly, in a way that not only catches your eye but promotes the story in its intended form.

I’ve always said I’m not an artist, I’m a creative, I can put pen to paper and weave images but hand me a pencil and ask me to draw and the most you will get is a stick figure.  So for cover design I rely on an artist.

Over the last few years I’ve worked exclusively with Jeanie Henning, she not only an amazing artist but a great communicator.  Through a process of question/answer/discussion she takes the most important elements of the story and weaves them in to cover image that will attract the eye and sell the book.

The process for ‘The Poppy Garden’ was a little different to our usual arrangement due generally to the time of year.  Planning this cover began in the weeks leading up to Christmas, while I have not yet finished the book I wanted to start my pre-release marketing and in order to do that I need the image out there.

So to take in to account the holidays I sent an outline synopsis, character breakdown and several photos to illustrate the background to the story.   For me this story is so inextricably linked to my grandfather I had to share his story with Jeanie, so she could see where I was coming from.
I had in my head a sandy covered cover with a lot of poppies which are a symbol of remembrance in war since 1921 and an adopted symbol for most veterans group and are so prevalent in the weeks leading up to remembrance day.

I wanted to use the poppy not only because of its links to remembrance but also as my grandfather had always been a supporter of the Royal British Legion and brought me up to respect and honour remembrance in the best way I can.  This is not always a financial support, but in remembering and showing respect to those who serve in all armed forces and emergency services an area I have worked in for several years.

Once Jeanie had the information she started drafting out a cover design and at the beginning of January she sent me her first iteration of the cover;

This first cover has all the elements I asked for;


The impact is immediate and I do love the way this cover looks, however I have to look at it from a readers point of view.  So I consulted with a couple of trusted friends/readers and asked their immediate opinion.

This cover elicited in them thoughts of;

Not quite what the Poppy Garden is about so although I love it, it misses the mark for the reader.   I sent my feedback to Jeanie and we discussed how to improve the first draft.  For me the wedding picture in the top corner led the reader in the wrong direction.  While I still wanted to use this image somehow to honour my Grandfather, his crew and my Nan who had the strength to support him and never stop believing in him the cover wasn’t the place to do it.
Jeanie took my notes and set about working on draft two;

As you can see from draft two, we removed the wedding image which I had decided belongs with the dedication inside the book.

The Lancaster bomber images hovering above the poppy and next to my grandfather honour his and my connection to the RAF and these great planes.

I again consulted my chosen reader friends who felt more comfortable and attracted to the cover.  I also consulted with several of the officers I work with within the Fire and Rescue Service to see whether this would appeal to them and I got positive responses.

So this is what the final cover will look like, I love it and think it will appeal to my target market.

Popular posts from this blog 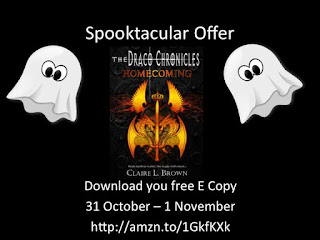 I started creating stories long before I could write, dolls and teddy bears acted out scenes from my imagination.I used to play with Star Wars Figures – I had a rather obsessed older brother, in fact he still is – so I guess as he never grew out of his Star Wars obsession, I never grew out of my obsession with storytelling.My ability to tell stories and the ways in which I tell them has adapted over the years.
I was at a lecture given by the author Anne Cleeves recently, she said she realised at an early age her mind worked differently to others and that she’d come to realise that is what made her a writer.That struck a chord with me, I’ve always been a little different and that applies to how I think to.Anne Cleeves described it as having a running narrative in her mind, describing everything she saw as though transcribing a novel in her head.For me it’s like a living a movie running in my head, I’m always a step away from real life as though watching it rather than being part of it.
…
Read more

Chapter 12 - Release Day and what comes next

November 10, 2016
Tomorrow will see the release on Kindle and in Paperback of The Poppy Garden, a project I've been working towards my whole life.

It's not quite sunk in yet, from tomorrow my work is public and open to others to read and interpret how they may.   I hope people like it, I hope they enjoy it, most of all I hope it means something to someone.

It's strange not having it to work on anymore, that story now at an end its like leaving a piece of you behind in order to move forward.  I have a choice, this was a genre I never intended to write in and soon enough I'll know whether it's a genre I can write, my choice will be what comes next.

Its time to start a new story chapter by chapter while The Poppy Garden is out there being read and reviewed by all who are tempted to pick up a copy.

But it's not really the end of that story - not the real story anyway.

The Poppy Garden was never just one piece of work, one story to tell, it's more about the legacy it comes from…
Read more

March 21, 2016
Thanks to TP Keane who has welcomed me as a guest on her blog today - check out the interview here: